For thousands of years scarecrows have helped humans save their crops from crows and other hungry mouths and provided an outlet for human creativity. Scarecrows are as old and as mysterious as human nature and have been useful friends to humans since the mists of early time.

A Brief History of Scarecrows

Scarecrow genealogy is rooted in a rural life style. The Egyptians used the first scarecrows in recorded history to protect wheat fields along the River Nile from flocks of quail. Egyptian farmers installed wooden frames in their fields and covered them with nets. Then they hid in the fields scared the quail into the nets and took them home to eat for dinner.

Greek farmers in 2,500 B.C. carved wooden scarecrows to look like Priapus, the son of the god Dionysus and the goddess Aphrodite who supposedly was ugly enough to scare birds away from the vineyards and ensure good harvests. They painted their wooden scarecrows purple and put a club in one hand to scare away the birds and a sickle in the other for a good harvest.

The Romans copied the Greek scarecrow custom and when Roman armies marched through the Europe they introduced Priapus scarecrows to the people there. Almost simultaneously with the Greeks and Romans, Japanese farmers made scarecrows to protect their rice fields. They made scarecrows called kakashis, shaped like people. They dressed the kakashis in a raincoat and a round straw hat and often added bows and arrows to make them look more threatening. Kojiki,the oldest surviving Japanese book compiled in the year 712, features a scarecrow known as Kuebiko who appears as a deity who can’t walk yet knows everything about the world..

In Germany, scarecrows were wooden and shaped to look like witches. Witch scarecrows were supposed to hasten the coming of spring. In medieval Britain, young boys and girls were used as live scarecrows or “bird scarers.” They would patrol the fields of crops and scare away birds by waving their arms or throwing stones. In later times, farmers stuffed sacks of straw, made faces of gourds, and leaned the straw man against pole to scare away birds.

In the United States, immigrant German farmers made human looking scarecrows called “bootzamon,” which later changed to bogeyman. They were dressed in old clothes with a large red handkerchief around their necks.

Native American tribes across North America used scarecrows or bird scarers, mostly adult men. In Georgia, Creek Indian families moved into huts in their corn fields to protect their crops during the growing season. In the Southwest, Zuni children had contests to see who could make the scariest scarecrow.

Pilgrim families took turns guarding their fields against birds and animals, but as Americans expanded west they invented new kinds of nonhuman scarecrows like wooden and straw figures. During the Great Depression, scarecrows could be found all across America, but in the agri-business era after World War II, farmers sprayed or dusted their crops with chemicals like DDT until scientists discovered their harmful effects. To substitute for chemicals, some farmers built scarecrows like whirligigs that revolved like windmills to scare away the birds.

Scarecrows still guard fields around the world during the growing season. Today some farmers use technological scarecrows instead of straw and wooden figures, technological scarecrows like reflective film ribbons tied to plants to create shimmers from the sun or automatic noise guns that are powered by propane gas. Other farmers in India and some Arab countries, station old men in chairs to throw stones at birds to keep them away from the crops just like the medieval bird scarers.

Just a Few Scarecrows  of the Imagination

Even though Dorothy in The Wizard of Oz, by American author L. Frank Baum, admonishes her dog Toto, “Don’t be silly Toto, scarecrows don’t talk,” the Scarecrow in the Wizard of Oz does talk. In his first appearance in the book, he reveals that he doesn’t have a brain and wants more than anything else to acquire one. The reality is that he already has a brain, but since he is only two days old it is largely unused. As the story unfolds, he demonstrates that he does use his brain and it keeps growing along with his experiences. The scarecrow is symbolic because even though he has the title, “the wisest man in all of Oz,” he is wise enough to know his limitations. He continues to credit the Wizard for his brains and he hands over the throne of Oz that the Wizard bequeaths him to Princess Ozma. He becomes one of her trusted advisors, but carves out enough time for himself to play games and enjoy life.

Paul Cornell focuses on the sinister aspect of scarecrow evolution in his 1995 Doctor Who novel Human Nature, when he has his villains, the Family of Blood, create an army of scarecrows to try to capture the Time Lord.

Steve Haywood in his children's books based on the Crowman (The Crowman of Stonesthrow Village) he imagined the Scarecrows to be more childlike in their behavior whatever age they may appear in their scruffy clothing. (See - youtube - (Steve Haywood B.B.C) and you'll see what I mean!

Scarecrows of the Future

Scarecrows have evolved along with people and people sponsor scarecrow festivals every year in places as diverse as Belbrougton in the midlands England (Steve Haywood was the founder of this scarecrow festival.)  West Kilbride, Scotland,  St. Charles, Illinois, and Alberta, Canada. After the scarecrow festivals are over, both scarecrows and people enjoy a long, friendly, restful winter before they resume their more strenuous duties in the spring.
﻿

Click on Button below.﻿
Steve Haywood at the B.B.C 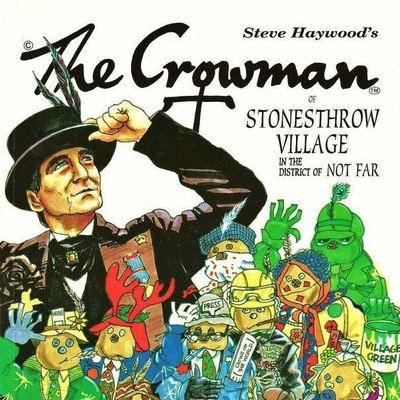 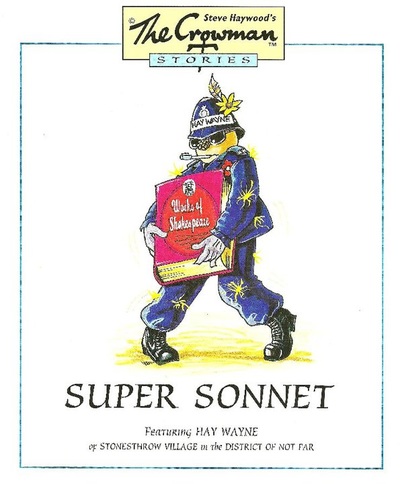 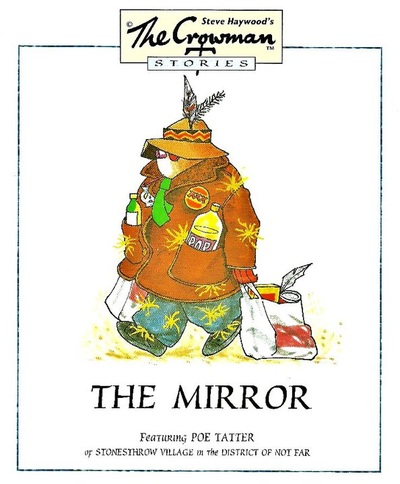